It was with a sense of caution that a little group of riders, including myself, headed off from our Bangkok hotels in Soi 15, Sukhumvit, to go shopping at the Mbk complex. We had watched the early news reports of the first day of protest including images of government supporters dressed in white holding lit candles harangued by anti-government, whistle-blowing supporters dressed in red, white and blue.

However, the  protests appeared and proved peaceful and the trip on the Sky Train was uneventful. From the train's elevated level we could see the large gatherings of protesters at intersections below.We mingled with some of them on our elevated walk to Mbk above one intersection. Below a sea of sitting and lying people, tents and flags in the hot sun surrounding cars going no where. Occasional megaphone calls led brief chanting. A game of chess is being played out here and hopefully cool heads will prevail for a peaceful solution.

We returned to our hotels. I prepared for the ride by taking a Thai massage with Gideon and Mita from the Rising Foundation. The Thai masseurs were much taken by the size of these two young Maori men and there was much laughter as they applied their restorative skills.

We finished the day in Bangkok style at a restaurant called Cabbages and Condoms. This was set up as a charity to promote safe sex in the late 70s. To eat Thai cuisine again was a treat and we swapped stories on fundraising, training and life journeys until the evening's end. 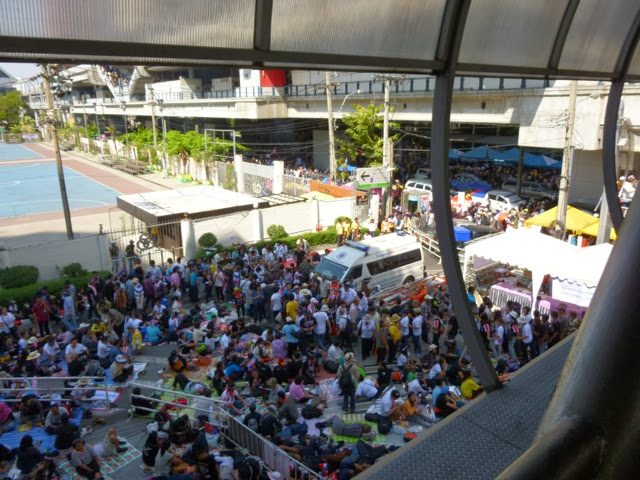 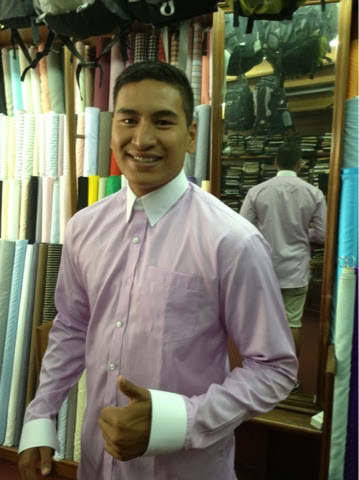