In an earlier post I mentioned a former orphanage child who is now studying law at university and accompanying us. On the first day of riding after the rest day, this student, Game, wore the white captain's jersey for the day.
We left Nana Beach, Chumphon, at 7:30am on 21 January and headed south for a 118k ride to Lang Suan.
There were a couple of falls along the way but nothing serious. We had lunch by the beach and an undulating ride with a couple of short, steep hills.
Early afternoon we were met by a ute from the Duang Prateep Foundation which had brought us some chilled coconuts to drink. Several young men from one of the foundation's projects joined us for the ride for a few kilometres. One had a small white dog.
After arriving at Lang Suan, we visited a home the foundation runs to rehabilitate young men who have become drug addicts. After three years at this retreat, some of the men go onto university; others to paid work. The men put on a display that included kick-boxing and fire-eating. Hands and the foundation work closely together. 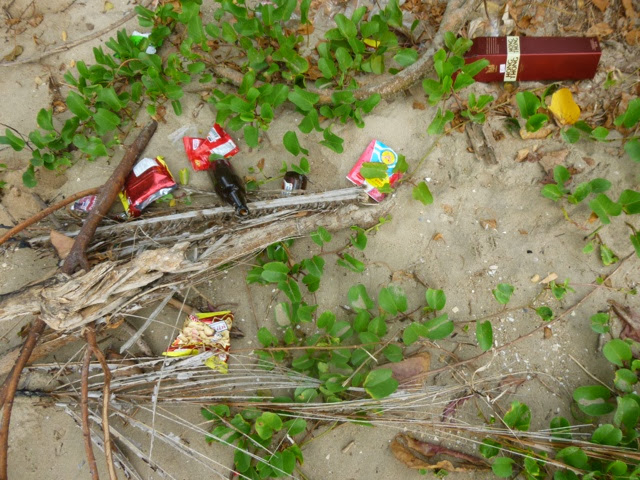 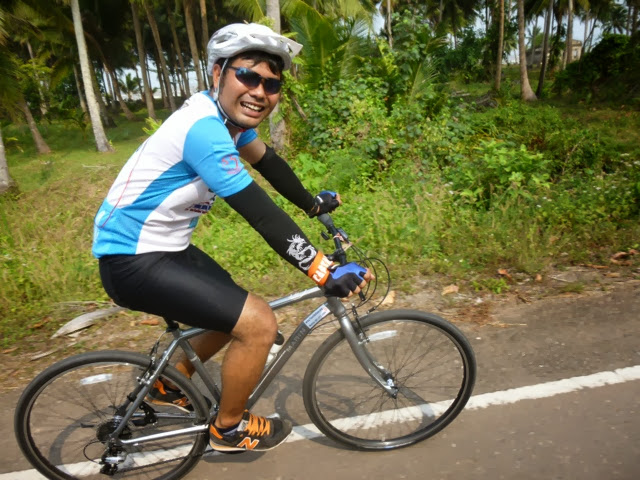 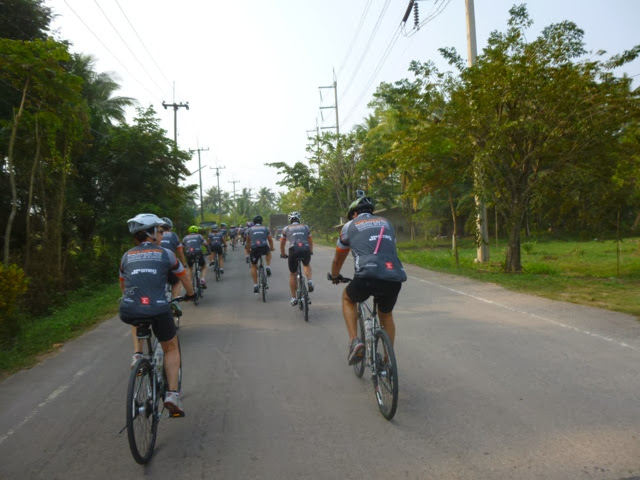 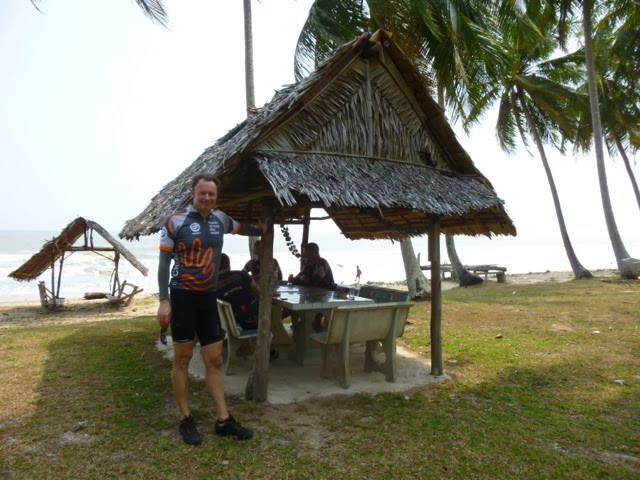 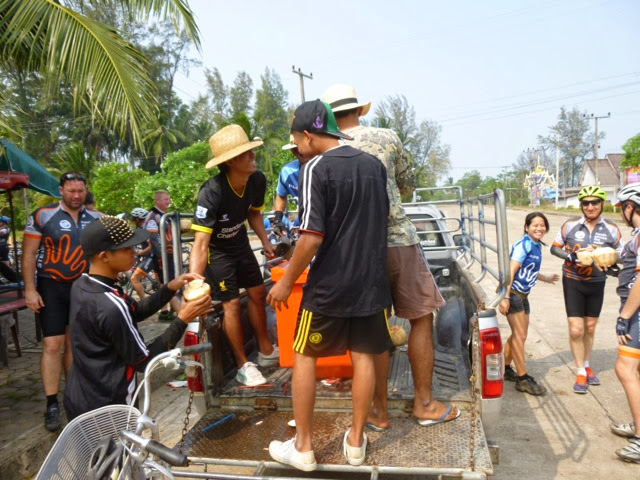 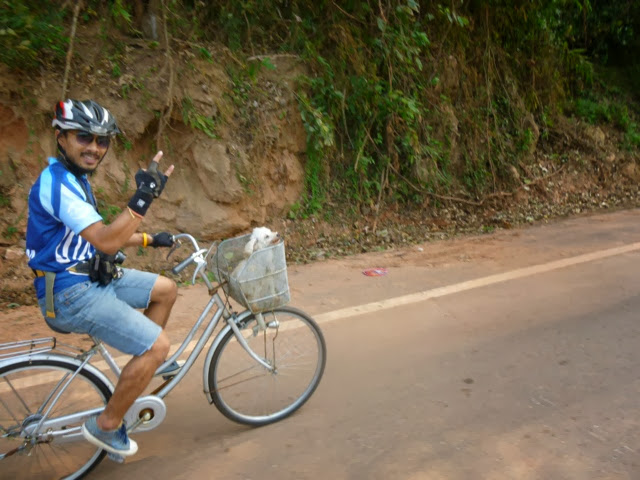